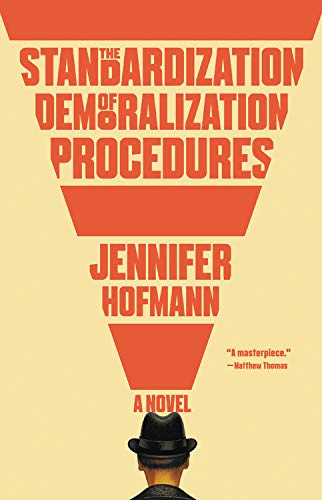 The Standardization of Demoralization Procedures

In this enrapturing debut, Hofmann constructs a beguiling tale of espionage, moral responsibility and the “spooky action” of quantum mechanics. Taking place in 1989 East Berlin before the fall of the wall, the story is structured around a series of entanglements and disappearances. Bernd Zeiger made his name in the secret police by writing a “demoralization” manual detailing how to sow confusion, extract confessions, and “put an entire nation, a world, to sleep.” In the 1960s, Zeiger spied on and elicited the confession of his neighbor Johannes Held, a quantum physicist withholding information about a secret American experiment in teleportation he’d gleaned while on a fellowship in the Arizona desert. In 1989, Zeiger tells Held’s story, and his role in it, to Lara, a young waitress to whom Zeiger is particularly drawn. The guilt-ridden and ailing Zeiger wants to offer Lara “coherence, linkages, the sequence of things”—in other words, the “perfect confession.” Shortly thereafter, Lara herself vanishes, and Zeiger sets about trying to locate her. The plot grows intricate but never convoluted as the connections between Zeiger, Held, and Lara gradually come into focus. In portraying two equally head-scratching phenomena—paranormal vanishings and the absurd, sinister workings of a totalitarian state—the novel hovers between genres like a subatomic particle between states. All the more impressive, Hoffman’s exceptional debut never loses sight of the desires, mysteries, and small acts of rebellion that persist within dehumanizing systems. (Aug.)
close
Details