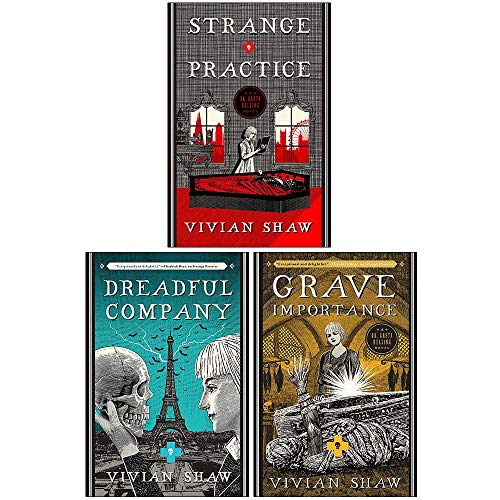 In this comic supernatural mystery debut, Shaw assembles an appealing, amusing collection of London’s modern undead and the humans who care for them. Dr. Greta Helsing continues the family business of discreetly providing antibiotics to ghouls, bone replacements to mummies, and pints of blood recovered from medical facilities to vampires. She joins several supernatural entities and an archivist at the British Museum in stopping a group of homicidal monks with burned skin, glowing blue eyes, and antique weapons who are targeting both the supernatural population and humans they deem wicked. Shaw excels at depictions of long-lived characters who combine old-school aesthetics with an appreciation of modern conveniences; readers will be amused by ancient entities coopting modern technology. Her idea that immortals make friends with families of humans through several generations makes sense. But characters recapitulating old angst feel shallow and inauthentic, exposition is directed at no one in particular, and a devil-ex-machina ending devalues the work of the team. Shaw has plenty of room to both to continue developing the relationships inside the ensemble cast and add more quirky players in the planned sequel. (July)

This review has been corrected to accurately reflect the author's last name.