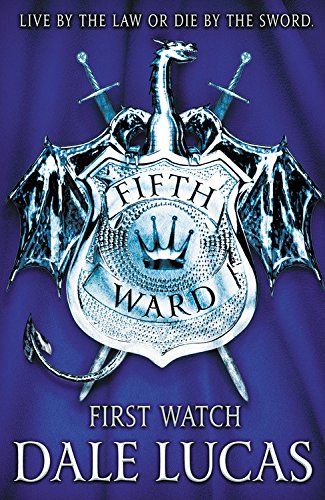 Lucas (the Doc Voodoo series) opens the Fifth Ward series with a gritty tale set in the fantasy city of Yenara, where humans, orcs, elves, and dwarves coexist in an uneasy détente. Rem, a human new to the city, wakes up in a dungeon cell after a tavern brawl. Almost out of money, he is given the option to earn his freedom by serving in the city watch for the neighborhood called the Fifth Ward, where he’s assigned to a partner, Torval, a maul-wielding dwarf. On their first night together, they stumble across a corpse that turns out to be Torval’s absent partner, Freygaf. Together, human and dwarf set out to find who is responsible for Freygaf’s death and search for a rich man’s missing daughter, battling assassins and using magic spells to get to the truth. Lovelorn Rem and family man Torval get along almost too well; there are echoes of Fritz Leiber’s classic Fafhrd and Gray Mouser tales in their relationship. The complicated rules governing Yenara are reminiscent of Steven Brust’s Vlad Taltos adventures. Readers who enjoy this combination of high and low fantasy will eagerly await Rem and Torval’s return for a second tour of duty. (July)

This review has been corrected; an earlier version misstated that the watch, not the neighborhood, was called the fifth ward.