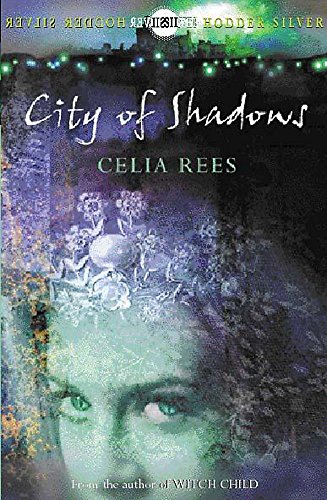 Midsummer's Eve magic turns a birthday treat into a scary adventure for Davey Williams, the 11-year-old precognitive star of Rees's () intriguing supernatural trilogy. Published in England in 1998, the launch title mixes ghost and faery lore with intriguing British history tidbits (such as the Plague years), when two parallel worlds intersect for four young people: Davey, his 13-year-old sister, Kate, and their twin cousins. While the four take the Haunts Tour, a tourist-type ghost trail in an old section of town, Davey accidentally enters Ghost Town via an ancient mirror, and the other three soon follow. There they discover a world where good and evil ghosts wage war and the Unseelie Court's Lady has stolen a human boy whom Davey determines to rescue. After they escape, more madness ensues when the barriers between worlds grow thin on All Hallow's Eve. The suspense runs high, and the series gets better as it goes along: follows the foursome's Christmas adventures rescuing a sacred relic, and features the quartet's valiant efforts when the Lady vows revenge for Davey's interference, and the SIPPAP (Society for the Investigation of Psychic, Paranormal and Associated Phenomena) prepares a dangerous ghost-hunting apparatus ("This ray... makes the spirits materialise and then another one sucks them away again like some kind of psychic Hoover"). Great ghostly fun. Ages 9-12.

A Trap in Time ( The Host Rides Out .