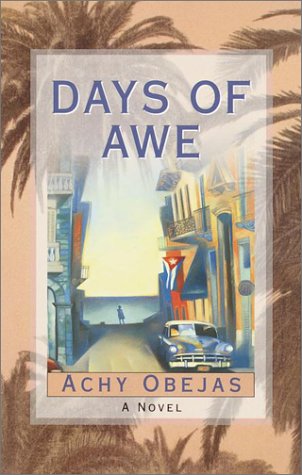 Born the day Castro came to power, the protagonist of this thoughtful novel comes with her mother and father to the United States when she is two, but cannot ignore her tangled Cuban roots. Alejandra San José and her parents, Nena and Enrique, settle in Chicago, where Enrique works as a literary translator and Nena grows roses and sunflowers. Their neighborhood is predominantly Jewish, and as Ale grows up she picks up on small signs that her family has something in common with its neighbors. It is not until she is an adult, however, working as an interpreter, that she discovers that her father is Jewish, the grandson of a flamboyantly Jewish hero of the Cuban war of independence; her mother, though devoutly Catholic, has Jewish ancestors, too. On a series of trips to Cuba, Ale comes to know her father's oldest friend, Moisés Menach, and through him learns her family's history. In her stays with the Menachs, and her charged friendship with Moisés's son-in-law, Orlando, she learns about contemporary Cuba and gradually comes to terms with her own identity. The searching narrative digs deep into questions of faith, conversion, nationality and history, exploring philosophical issues in human terms. Though sharp, cleverly observed details bring Havana and Chicago to life, the novel is richer in ideas than in depictions of place. Obejas () is concerned most of all with relationships—between Ale and her lovers, male and female; between Ale and her secretive father. If the near-plotless narrative drags in places, it is redeemed by Obejas's clear-eyed, remarkably fresh meditation on familiar but perennially vital themes. (