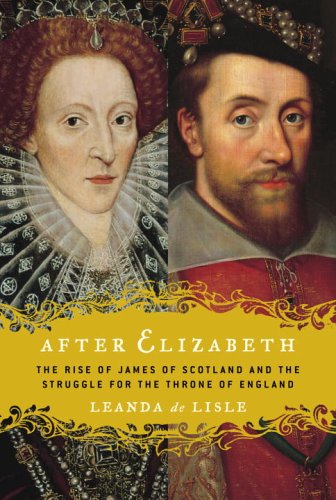 After Elizabeth: The Rise of James of Scotland and the Struggle for the Throne of England

Queen Elizabeth famously refused to marry, causing a foreign-born king to ascend to the English throne in 1603. In her first book, Lisle nimbly examines Elizabeth's waning months and the introduction of James VI of Scotland as James I of England, demonstrating that the transition was anything but smooth or preordained. The aging Elizabeth remained unwilling to name her successor for fear that courtiers would abandon her to curry favor with the next ruler. Indeed, prominent statesmen and courtiers had, years earlier, had opened channels of communication with the presumptive successor. Lisle presents a memorable cast of characters striving to mold the transition. Scots feared losing their king and their independence, while Englishmen saw a flood of key appointments and titles go to foreign favorites. Various alternative candidates to the throne were favored by Catholics and Puritans, as well as the rulers of France, Spain and Venice according to their perceived stances on religion. James's greatest desire was to mediate religious reconciliation, but in the end, he made neither side happy and Englishmen began to remember fondly their good queen Bess. Lisle uses this brief period as a lens through which to view the key issues of both reigns, while commenting subtly on the nature of historical reputations. 24 pages of color illus.