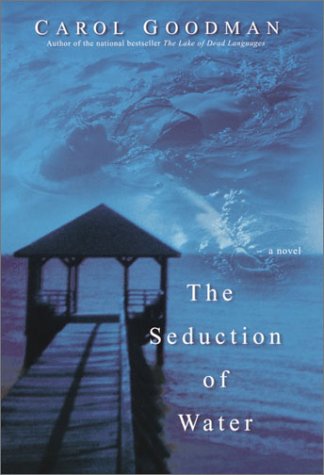 THE SEDUCTION OF WATER

An aspiring writer delves into the long-buried mystery of her novelist mother's death in this silky-smooth novel by the author of . Water, from Iris Greenfeder's perspective, is the Hudson River. She has a view of it from her five-story walkup in New York City's westernmost Greenwich Village, and it shimmers in the distance from the Equinox, the Catskills hotel where Iris grew up. Her father, Ben, was the manager at the Equinox; her mother, Kay, a former maid, wrote two fantastical novels there. Driving the plot is the not-so-simple question: did Kay write a third novel, and is it hidden at the Equinox? Back at the hotel for the summer, Iris plans to write the story of her mother's life and search for the missing manuscript. As she attempts to solve the mystery, she is abetted and thwarted by a large cast of characters, including her mother's famous literary agent, the mega-millionaire owner of a hotel chain, the daughter of a famous suicidal poet, an all-knowing gardener and the delicious Aidan Barry, whom Iris meets while he's still in prison. The novel's first-person, present-tense narrative fosters intimacy, though it somewhat undercuts suspense. More effective is the use Goodman makes of the Irish myth of the selkie—half-seal, half-woman—as told by Iris's mother. Mystery, folklore, a thoroughly modern romance, a strong sense of place and a winning combination of erudition and accessibility make this second novel a treat.

The Lake of Dead Languages