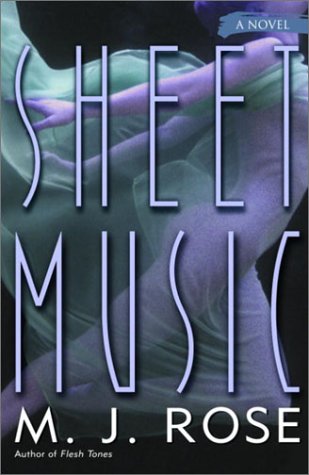 Justine Pagett, the heroine of this overwrought thriller by Rose (), is an American journalist living in Paris, where she fled after her mother's death three years ago. When a scandal breaks over one of her exposés—the subject accuses her of seducing him to get the story—Justine hopes to revive her career by taking an assignment in her native New York. She is to write a profile of reclusive composer and conductor Sophie DeLyon. But some of Sophie's devoted students don't want her story to be packaged for mass consumption and try to sabotage Justine's project. On the eve of Justine's arrival at the DeLyon estate, Sophie disappears. While unraveling the mystery of Sophie's life and disappearance, Justine must face her father and sister, also living in New York, from whom she's been bitterly estranged since her mother's death. She also has to contend with her feelings for her ex-lover Austen Bell, a composer and cellist who is also Sophie's protégé and ex-son-in-law. Austen is just the kind of man Justine wants to avoid—one that she may actually fall in love with, something she has been steadfastly avoiding since her mother died. The mystery plot is gripping, but it is often overshadowed by exploration of Justine's grief and angst. This emotional terrain is familiar, the more so because Rose tends to use obvious symbolism ("no matter what I eat, I am never full," Justine tells us). Rose's fans will be willing to unearth the suspense story buried in all this earnest soul-searching, but this lackluster effort is unlikely to win her new readers.