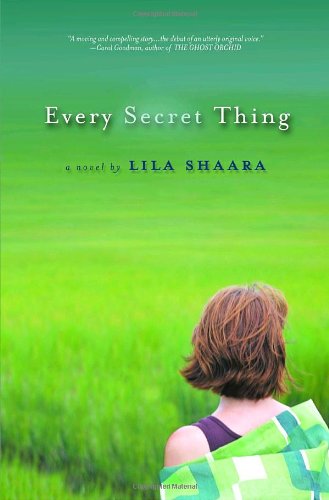 Shaara's uneven debut, a romantic crime thriller, focuses on the perils of Gina Paletta, a former supermodel and 33-year-old widowed mother of endearing twin boys. Yale-educated Gina teaches the history of theology at Tenway University, which is a two-hour drive from Manhattan in a vague locale that could be New Jersey or upstate New York. Two students, Tim Solomon and Jason Dettwiler, whom the police suspect of murdering a friend, enter photos from her lingerie-modeling days onto an Internet site, then stalk her. Two attractive NYPD detectives, Tommy Galloway and Russell Barnes, arrive to investigate and protect her (neither logistics nor jurisdictions matter). Most of Gina's large family resent and hate Gina, apparently because she's smart, gorgeous and had a glamorous career. The off-and-on romance between Gina and Tommy propels the plot more than the police work. Unfortunately, weak character motivation and too many subplots muddy this novel by the daughter of Pulitzer Prize–winner Michael Shaara and the sister of historical novelist Jeff Shaara.