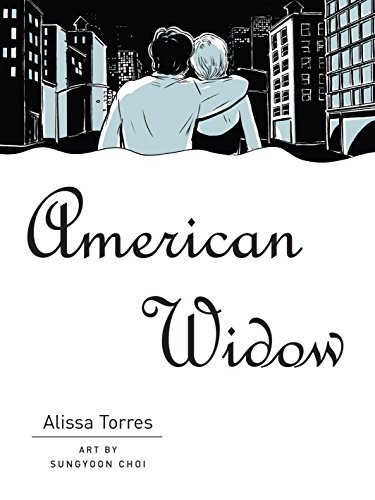 Torres's husband, Eddie, started work at Cantor Fitzgerald in the World Trade Center on September 10, 2001. The next day, Alissa became one of the “terrorist widows” of 9/11. chronicles Alissa's first year without Eddie—including the birth of their child, two months after his death. It also traces their courtship, marriage and the last few days of Eddie's life. This deeply personal book is at times raw, angry, bleak and lyrical. The best prose comes out of Torres's moments of pure, lonely grief, which punctuate her confusing and at times horrifying experiences with various aid agencies, family members, friends and strangers. Choi's art is reminiscent of the work of Andi Watson and Craig Thompson, and complements Torres's writing by emphasizing the ordinary in Alissa's extraordinary circumstances. Torres and Choi do best with the confusion and shock that come with a sudden death, laying out scene after scene without quite connecting them—just as events seem to go on and on without meaning when one has lost someone important. What this book lacks in technique and narrative drive, it makes up in its heartfelt look at the universality in one woman's loss.