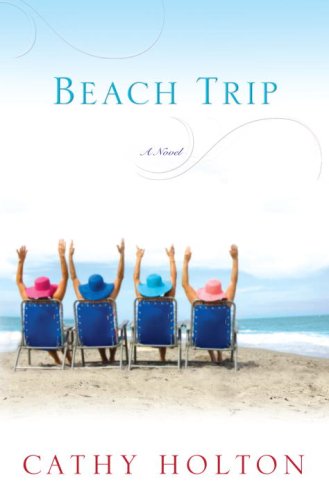 Break out the tissues, sunblock and margarita mix as four old friends reunite after 23 years for a beach party in Holton’s feast of Southern friendship (after ). Mel, Sara, Annie and Lola head out to Wild Dunes, a beachfront palace owned by Lola’s super-rich husband on exclusive Whale Head Island in North Carolina’s Outer Banks. Spacy Lola is miserably married and leans heavily on medication to deal with her husband’s manipulations. Obsessive-compulsive Annie still broods over a college fling with a married professor even though she’s got a great husband. Social worker Sara still envies glamorous Mel, a witty crime novelist ( is her latest) living in New York who’s unlucky in marriage. At 45, each stands at a familiar crossroads covered by many novels of the midlife-empowerment genre, but Holton refreshes the action with winning humor, especially with Mel, whose take-no-prisoners attitude inspires everyone to embrace their present and let the past go.