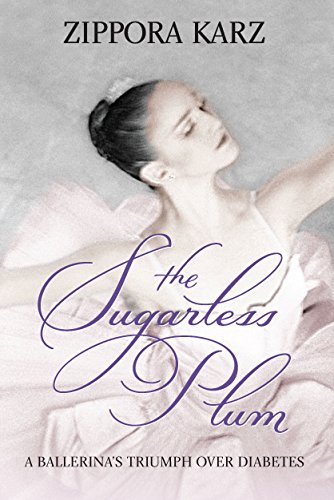 The Sugarless Plum: A Ballerina's Triumph over Diabetes

In 1987, when Karz was 21 and dancing in the corps of the prestigious New York City Ballet, she began to suffer constant thirst and dizziness, frequent urination and oozing sores under her arms. After an initial misdiagnosis and months of denying the seriousness of her condition, Karz faced the devastating reality that, as a type 1 diabetic, she would have to take insulin injections for the rest of her life, check her blood-sugar levels at least 10 times a day and was at a high risk for infection and even amputation. Karz details the ups and downs of her childhood, illness and 16-year NYCB career, from a low-blood-sugar episode that almost derailed a performance in Copenhagen to dancing with George Balanchine himself at a School of American Ballet rehearsal; being cast as the s Sugar Plum Fairy; and her promotion to soloist six years after her diagnosis. Karz's prose is simple, and although ballet fans may wish for more insider gossip, Karz offers a satisfying portrait of a dancer making her mark at a competitive world-class company. Diabetics and athletes in particular will gain inspiration from her perseverance, acceptance and control of a debilitating disease.