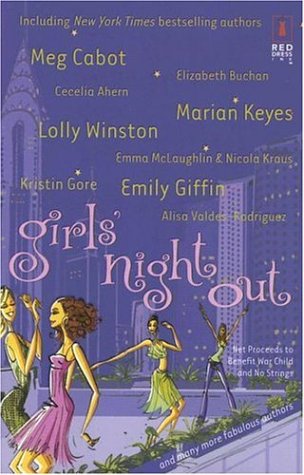 The 25 stories in this anthology (following ) come from the shiniest names in chick lit, and most seem dedicated to making frustrated singles feel like their lives are very, very normal. The hilarious "Ladies' Night at Underwood Pet Hospital" by Nicki Earls features a local TV news anchor trying to meet the guy next door by being "completely charming" in her nightly broadcast and "sending him a telepathic message that went, 'Watch my news... watch my news...' " Chris Manby's offering, "Saving Amsterdam," is a sexy European exercise in getting over "the Bastard Ex." Lauren Henderson's "Last Waltz" is an introspective slow dance of miscommunication and insecurity between lovers at the fair. Tales from the wed side can also be found, like editor Mlynowski's "A Little Bit Broken" ("I am the kind of woman whose husband cheats on her at a bachelor party") and Lolly Winston's "Only Some People," an incongruous story about a middle-aged couple (with nary a Cosmopolitan in sight). Though uneven, fans of the genre won't be disappointed, and the net proceeds go to charities overseas.