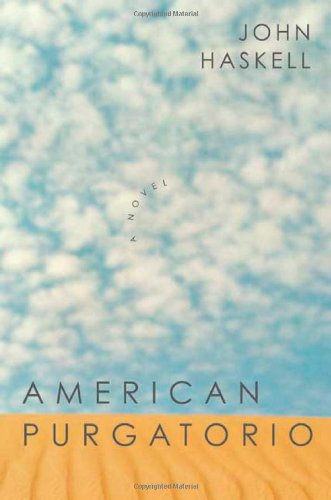 A man scrutinizes what it means to live and love during a cross-country search for his missing wife in a prickly, penetrating novel by the author of . After stopping for gas on his way to his mother-in-law's house, the narrator, Jack, emerges from a convenience store to find that his car and his wife, Anne, are nowhere to be found. After making his way back home, Jack discovers a U.S. map marked with an apparent route; imagining that this will lead him to his wife, he buys another car and sets off. Haskell twists the essential mystery—what happened to Anne?—into a meticulous, probing investigation of one man's desires, fears and coping mechanisms, a tactic that somewhat slows the narrative but results in existential chewiness. As Jack makes his way to Kentucky, Colorado, California, he encounters odd but sympathetic strangers, many of whom are likewise journeying, most of whom aid him and some of whom seem like reflections of himself. The cool, intentionally deadened prose can make for difficult reading; that Haskell turns the notion of the unreliable narrator on its head not once but twice will redeem everything for some readers and make others feel tricked. Chapters named for the seven deadly sins (in Latin) signal Jack's path through pride and sloth, through a world that feels both banally familiar and utterly alien—an American purgatory—in this strange and compelling novel.