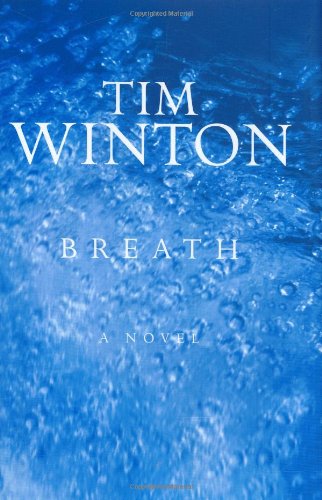 This slender book packs an emotional wallop. Two thrill-seeking boys, Bruce and Loonie, are young teenagers in smalltown Australia, circa the early 1970s. Their attraction is focused on the waterâ€”ponds, rivers, the seaâ€”but they do little more than play around until they fall in with a mysterious, older man named Sando. He recognizes their daredevil wildness and takes it upon himself to teach them to surf. As the boys become more skilled, their exploits become more reckless; narrator Bruce (nicknamed â€œPikeletâ€) has doubts about where all this is heading, while the aptly named Loonie wants only bigger and bolder thrills. This mix of doubt and desire intensifies when the boys make a discovery about their mentor's past.

Surfing isn't the only dangerous game in town. As Sando's attentions and favor flip-flop from one boy to the other, the rivalry between the two, present from the beginning, grows stronger and more sinister. Sando's American wife, Eva, becomes more of a presence, too. She walks with a limp, has plenty of secrets of her own and becomes increasingly involved in Pikelet's life, in ways that even a 15-year-old might recognize as not entirely appropriate.

Winton's language, often terse, never showy, hovers convincingly between a teenager's inarticulateness and the staccato delivery of a grown man: â€œSo there we were, this unlikely trio. A select and peculiar club, a tiny circle of friends, a cult, no less. Sando and his maniacal apprentices.â€ The language manages to summon up both the uncertain teenager and the jaded adult: â€œIt transpired that I was not, after all, immune to a dare,â€ Pikelet tells us at one point, with both the breathtaking unawareness of the boy and the irony of the man.

Told from the perspective of the narrator's present life as a paramedic, aims to recapture a long-passed episode in a boy's life and show how this shaped the man he grew into. The story contemplates what it means to be less ordinary in an era when â€œextremeâ€ sports hadn't even been recognized. (The fear of being ordinary is one of the terrors that drives these daredevils to push themselves ever further.) The author of 13 previous books, Winton is well-known in Australia and should be here. He touches upon important themes, of death, life, breathing and its absence, while looking dispassionately upon the relentless pursuit of thrills, pleasure, sex, status: the mundane obsessions of the ordinary and extraordinary alike.

Fallen The Book of Samson Monster, 1959