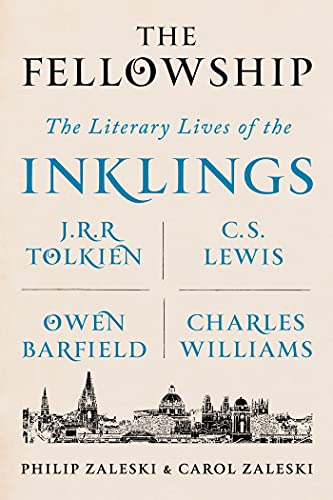 J.R.R. Tolkien wrote that the name “Inklings” suggested “people with vague or half-formed intimations and ideas plus those who dabble in ink.” Yet it’s difficult to overstate the influence of the two most famous Inklings, Tolkien and C.S. Lewis, on varied fields including Christian apologetics and fantasy writing. The Zaleskis trace the history of this informal club of Oxford-educated, Christian intellectuals, which first coalesced in the early 1930s, by focusing on four of the most prominent Inklings: Tolkien, Lewis, mystic Charles Williams, and philosopher Owen Barfield. As scholarship, the book is immensely successful, describing its protagonists’ strengths and shortcomings with insight and facility. Understandably, the Zaleskis spend more time on Lewis and Tolkien than on their fellows (mainly due to the amount of material available), but their portraits of Williams, “a swirling mass of contradictions,” and Barfield, dedicated “to unraveling the secret life of words,” are no less nuanced. Particularly insightful is the observation that the Inklings’ scholarly preoccupations affected their public writings and personal lives as much as the reverse. Ultimately, this meticulous group biography allow readers to decide whether the Inklings were, as novelist John Wain suggested, a countercultural “circle of instigators, almost of incendiaries,” or, as they themselves insisted, merely a pipe-smoking, ale-drinking, loud-laughing group of friends. [em](June) [/em]
close
Details