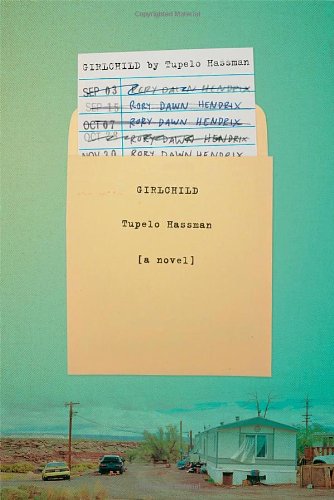 Blighted opportunity and bad choices revisit three generations of women in a Reno, Nev., trailer park in these affecting dispatches by debut novelist Hassman. Narrator Rory Dawn Hendrix, “R.D.,” is growing up in the late ’60s on the dusty calle, where families scrape by on low-paying jobs and government assistance, everything is broken down, violence barely suppressed, babysitting shared, and “uncle” is more often than not a euphemism for child molester. “Smokey, Barney, Johnny Law, Pig, uncles with their badges, with their belt buckles, say, ‘Hey Sugar, Toots, Sweet Thing, is your mama home?’ hand already through the already ripped screen door, finger on the latch.” Teenage pregnancies dogged both R.D.’s capricious mother, Jo, a waitress with four grown sons, and grandmother Shirley Rose, an inveterate gambler employed at the keno ticket counter who couldn’t keep R.D.’s grandfather from sexually abusing R.D. and her sisters, and told R.D. to “keep her legs closed if she wanted to keep her future open.” As bad as it is, there’s some hope that this girl, with her early aptitude at spelling, will escape the stigma of being “feebleminded.” Poring over a secondhand copy of The Girl Scout Handbook, with its how-to emphasis on honor and duty, comforts R.D., especially when babysat by Carol, a brutalized neighbor girl, who leaves R.D. alone with her predatory father, “the Hardware Man.” Hassman’s characters are hounded by a relentless, recurring poverty and ignorance, and by shame, so that the sins of the mothers keep repeating, and suicide is often the only way out. Despite a few jarring moments of moralizing, this debut possesses powerful writing and unflinching clarity. Agent: Bill Clegg, WME Entertainment. (Feb.)
close
Details