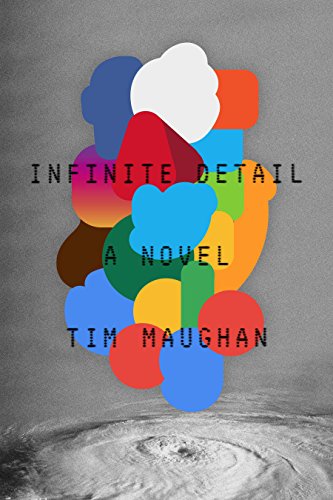 Maughan’s dynamic, sprawling, post-postmodern cyberpunk debut is split between the prelude to, and the aftermath of, a worldwide technological apocalypse that has left mankind without an internet, resources, luxury, or the ability to travel internationally as they scrabble through now-treeless wastelands. The novel follows two story lines, both centered on the People’s Republic of Stokes Croft (“the Croft”), an anarchist-minded Bristol, England, neighborhood that, pre-crash, opted voluntarily to go offline, “a two-mile-long digital no man’s land... part hippyster commune, part permanent art installation, and part political protest.” In the “before” scenes, readers meet the Croft’s infamous cofounder Rushdi Manaan as he travels to an ultra-futuristic New York saturated with information networks and corporate control to meet his boyfriend, only to wind up witnessing firsthand the initial blackouts and the advent of the virus (directed against hypermodernity by an unknown cabal called “DRONEGOD$”) that, in the “after” sections, has decimated life as we know it. There, in the remains of the Croft, readers meet 14-year-old Mary, a supposed medium who draws the faces of people believed dead, and her associates Grids, a powerful black marketeer, and Tyrone, who is haunted by the memory of Melody, a pop star who seemingly exploded mid-concert. Add to that mix Anika, a mysterious newcomer who will come to share her secrets—of the Croft, the crash, and Manaan—and one begins to get the idea of just how vast the novel really is. Maughan handles it beautifully with maximalist daring and depth; the result is an energetic novel about civilization as it races toward the ultimate overload. (Mar.)
close
Details