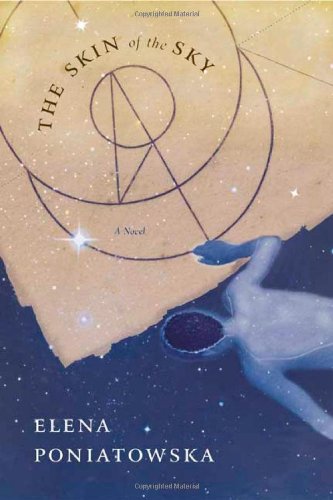 THE SKIN OF THE SKY

A gifted Mexican astronomer faces conflicting loyalties in Poniatowska's latest novel (after ). Lorenzo de Tena is introduced as a boy living an idyllic life on a farm outside Mexico City with his mother, Florencia, and four siblings. Lorenzo's father is a "well-ironed dandy who showed up on Sundays," but Florencia is a living textbook, teaching the children about pasteurization and the Wright Brothers and encouraging in Lorenzo a lifelong passion for the stars. Lorenzo, a loner, finds the sky his greatest solace, which Poniatowska never lets the reader forget. The stars are the first of Lorenzo's intense loyalties, which leads him to Harvard; loyalty to his mentor, Luis Enrique Erro, causes him to return to Mexico. But the most defining and complicated loyalty is to Mexico itself, and Lorenzo's belief that Mexican scientific advancement will bring the country to an equal standing with America. For this he sacrifices his family, his friends, his personal life. And for this, Poniatowska sacrifices some of the flow of the book, allowing it to get bogged down in names, places and scientific developments. The novel is challenging, not only because it offers an unforgiving protagonist—ambitious, solitary and sometimes alienating to the reader—but also because it almost exceeds the grasp of its writer.