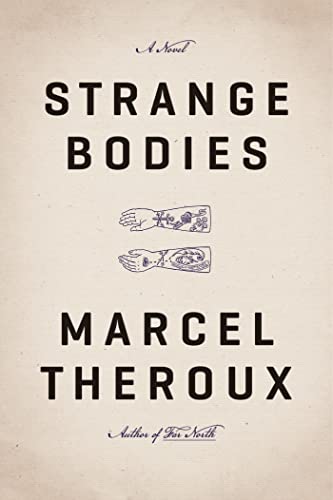 Literary science fiction has portrayed walking dead, living dead, undead, and to this mix Theroux now adds strange bodies (mankurt), in a strange, satisfying novel about possession featuring a literary scholar, a music mogul, assorted East European thugs, and the long dead but still articulate Dr. Samuel Johnson. A gloomy English academic with an unappreciated gift for forensic nuance, Nicholas Slopen is in serious need of money when entrepreneur/collector Hunter Gould asks him to authenticate papers purported to be Dr. Johnson’s handiwork. Close examination convinces Nicholas the papers are indeed Johnson’s, but also that they are fakes (the papers’ old-fashioned script on more modern material suggests foul play). Sure enough, Nicholas is drawn into a network of enslaved human bodies inhabited by the souls of dead people. Following the death of the human currently inhabited by Johnson, Nicholas undergoes a crypto-scientific procedure reminiscent of something from an old horror movie, after which he finds his body inhabited by someone else, while his soul is trapped inside an ex-convict’s sturdy, tattooed physique. Attempting to explain himself to his ex-wife lands Nicholas in the modern incarnation of Bedlam. Theroux recounts this contemporary gothic tale in Nicholas’s own words, those of the women Nicholas reaches out to, doctors’ notes, and e-mails, demonstrating mastery of diverse styles, including Johnson’s. Observations about science, medicine, psychology, love, madness, and literature result in a thought-provoking and engaging fusion of comedy and horror, irony and insight. Agent: Elizabeth Sheinkman, WME Entertainment. (Feb.)
close
Details