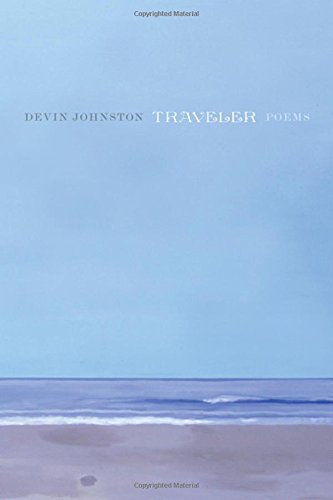 This fourth collection from Johnston (Sources) bring his careful, graceful, almost neoclassical pen to scenes from all over the world—Japan, Shanghai, "the Mongol steppes," the Midwest "when a thunderstorm/ trundles down the Wabash," and the Scottish holy isle of Iona. Co-editor of the up-and-coming small press Flood Editions, Johnson also earned some repute as a nature writer, and his short, deliberate stanzas show an unusually observant eye, for nonhuman nature as well as for culture. "A rough-barked/ bur oak/ mostly trunk/ outlives/ its understory"; in a prison yard, "the morning sun... glances off the hubcap/ of a distant Cadillac/ joining the flow of traffic." Sometimes sublime, more often astringent, Johnston's poems of places and things seen—they make up most of the volume—should please fans of that older world traveler, August Kleinzahler. Yet Johnston may be most original when his subjects turn up close to home: his cool temperament meets its fruitful complement when he writes of family and children, most of all his young daughter, who in the brief, fine triptych entitled "Appetites" "lies awake/ talking in confidential tones/ with one she calls/ my friend who eats me." It would take a hard heart to resist such humor, such warmth, set amid such control as Johnston shows. (Sept.)
close
Details