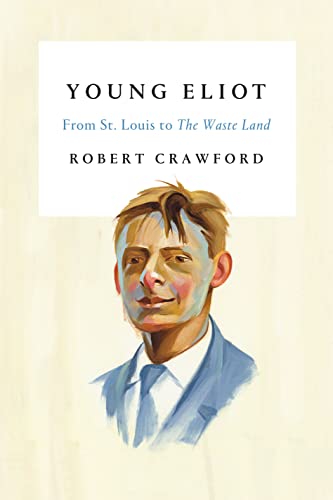 Drawing extensively on new interviews, original research, and previously undisclosed memoirs, biographer Crawford (Scotland’s Books) offers the first book devoted to T.S. Eliot’s youth, painting a vividly colorful portrait of the artist as a young man. In exhaustive, and often exhausting, detail, Crawford chronicles, year-by-year, the young Eliot: his childhood, divided between St. Louis and Massachusetts; his painful shyness and love of dancing; his years at Harvard, his post-Harvard experiences in Europe and first, though unrequited, love ; his marriage to Vivienne Haigh-Wood; and his early publications of poetry, leading up to The Waste Land’s release in 1922. Eliot’s affinity for the sacred is traced to his upbringing in an “idealistic, bookish household,” to his keen ear for St. Louis’s rich confluence of music—both opera and jazz—and to his love of birdsong. Readers also learn about Eliot’s difficult marriage to Haigh-Wood, which brought neither of them happiness, though Eliot wrote to Ezra Pound that “it brought the state of mind out of which came The Waste Land.” Crawford’s masterly biography, with its great depth, attention to detail, and close reading of the youthful Eliot’s writings, is likely to become the definitive account of the great poet’s early years. Agent: David Godwin, David Godwin Associates. (Apr.)
close
Details