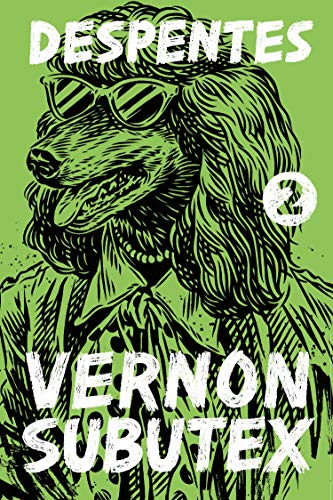 The apparent deaths by drug overdose of indie rock star Alex Bleach and his porn star ex-girlfriend unite a motley crew of armchair investigators in this rollicking second volume of a trilogy set in 2014 Paris. Vernon Subutex, a middle-aged former record store owner and sometime DJ, now homeless, was a close friend of Bleach and has in his possession videotapes containing a late, unseen interview with him. Though Vernon is oblivious to the interview’s value, the venal film producer Laurent Dopalet, who hears about the tapes from a screenwriter, is not. In Dopalet’s effort to track down Vernon and confiscate the tapes, which it’s hinted might compromise Dopalet, he hires a fixer named the Hyena, who in turn encounters a rogue’s gallery of Gen-X punks and their millennial successors, among them another porn star, a tattoo artist, a recent convert to Islam, a struggling screenwriter, an alt-right menace, and a number of Vernon’s former lovers and fellow homeless. As clues mount regarding the true cause of the deaths, Vernon becomes through no effort of his own a sort of messianic figure to an unlikely band of the dissolute and the marginalized. Despentes, a former record store clerk and sex worker, makes an improbably intricate latticework of strange bedfellows brilliantly come to life. “Relationships,” observes the Hyena, “feed on events that seem trivial, but each one is a screw that turns and opens the way to unexpected levels of understanding.” Such is the snowballing effect of this sexed-up epic, an achievement greater than the sum of its wildly colorful parts. [em](July) [/em]
close
Details