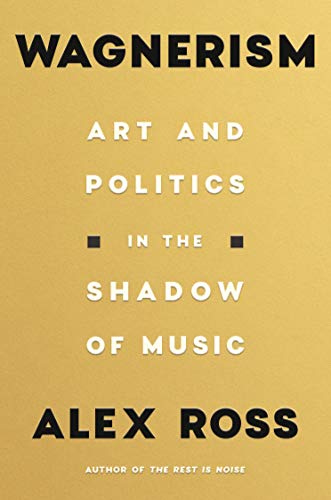 Wagnerism: Art and Politics in the Shadow of Music

The 19th-century German composer Richard Wagner (1813–1883) is all things to all people in this sweeping cultural history. New Yorker music writer Ross (The Rest is Noise) surveys the ongoing influence of Wagner, whose operas wrapped tales of gods, heroes, knights, Valkyries, rapturous loves, and apocalyptic infernos in enthralling music that mixed bombast with sensuousness, spirituality, and psychological complexity. Ross explores how Wagner’s protean music and ideology mesmerized “Wagnerians” of many stripes; infamously, his anti-Semitic polemics made him Hitler’s favorite composer, but he has also been claimed as an anarcho-socialist revolutionary and as an inspiration by Jews, feminists, gays, and blacks (for W.E.B. Du Bois, Wagner signified ethereal beauty beyond a racist reality). Ross follows Wagner’s long reach everywhere: Nietzchean philosophy, high-modernist novels, The Lord of the Rings, cowboy stories, Bugs Bunny cartoons, and such Hollywood epics as Birth of a Nation, Apocalypse Now, and Captain America. Ross manages to tame the sprawl with incisive analysis and elegant prose that casts Wagner’s music as “an aesthetic war zone in which the Western world struggled with its raging contradictions, its longing for creation and destruction, its inclinations toward beauty and violence.” The result is a fascinating study of the impact that emotionally intense music and drama can have on the human mind. (Sept.)
close
Details