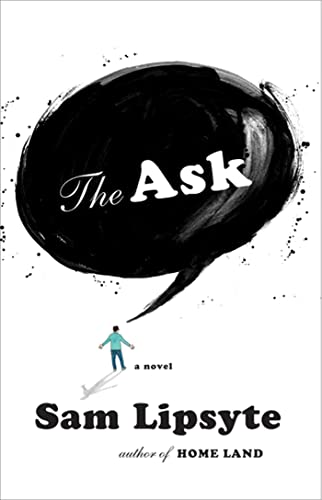 Lipsyte’s pitch-black comedy takes aim at marriage, work, parenting, abject failure (the author’s signature soapbox) and a host of subjects you haven’t figured out how to feel bad about yet. This latest slice of mucked-up life follows Milo Burke, a washed-up painter living in Astoria, Queens, with his wife and three-year-old son, as he’s jerked in and out of employment at a mediocre university where Milo and his equally jaded cohorts solicit funding from the “Asks,” or those who financially support the art program. Milo’s latest target is Purdy Stuart, a former classmate turned nouveau aristocrat to whom Milo quickly becomes indentured. Purdy, it turns out, needs Milo to deliver payments to Purdy’s illegitimate son, a veteran of the Iraq War whose titanium legs are fodder for a disgruntlement that makes the chip on Milo’s shoulder a mere speck of dust by comparison. Submission is the order of the day, but where had a working-class trajectory, this takes its tone of lucid lament to the devastated white-collar sector; in its merciless assault on the duel between privilege and expectation, it arrives at a rare articulation of empire in decline.