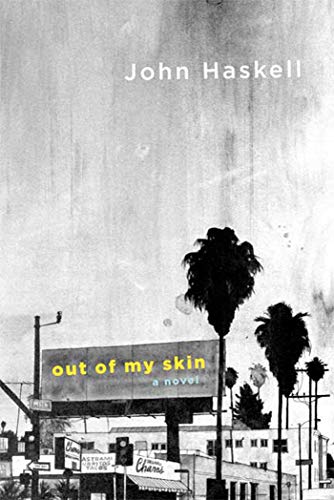 Out of My Skin

In his excellent third book, Haskell gets into the head of a lonely writer whose shot at a second chance hinges, strangely and brilliantly, on an impersonation of an impersonation of Steve Martin. The narrator, who could or could not be named Jack, leaves New York after a breakup and lands in Los Angeles to write about movies at the invitation of his editor friend, Alan. Soon, Alan introduces him to Jane, “an ex-dancer apparently, who wanted to learn about photography,” and assigns him a story about celebrity impersonators. When the narrator meets Scott, a Steve Martin impersonator, he begins channeling a version of the actor himself, and his impersonations mushroom into “continuous Steve.” Meanwhile, his relationship with Jane escalates (complicated by his Steveness), he tries his hand at acting and muses about famous movies and the ways in which Hollywooders reinvent themselves. Haskell's vision is frightening and exhilarating, and his prose can imbue a spiritual glow to, for instance, a discarded raisin on a Starbucks table. It's an odd world, and certainly one worth entering.