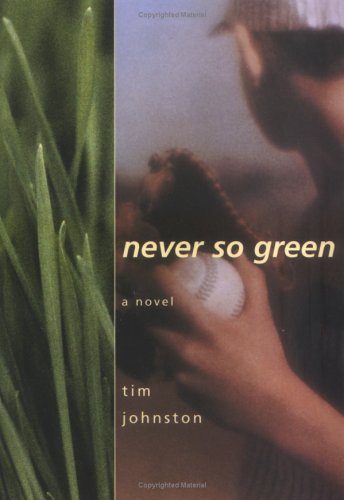 The summer of 1974 is the best of times and the worst of times for sixth-grade graduate Tex Donleavy, who has grown up self-conscious about his deformed right hand. He discovers a new love, baseball; he also uncovers an almost unbearable secret. This impressive first novel opens as the school year ends, when Tex (who has been living with his divorced father) temporarily moves to his recently remarried mother's house. There he meets his boyish stepsister, Jack, a girl his own age who stirs up unfamiliar, confusing feelings in him. Their relationship grows increasingly complicated after Tex receives something Jack has always wanted—a chance to play ball on her father's boys-only Little League team. As Tex starts to feel comfortable with his new family and gains self-esteem through his newfound athletic prowess, his world begins to look as "green" as a baseball diamond. Then he witnesses a shocking act of sexual abuse that dramatically alters his view of his stepfather and stepsister. This hard-hitting tale candidly addresses once-taboo issues in a manner relevant to adolescents. Rather than preaching a moral lesson, Johnston raises provocative questions about family loyalty and the distinctions made between lust, love and endangerment. At the same time, his third-person narration gives Tex a distinctive, wry voice (e.g., Tex describes classmate Melanie Bloom as "a nice, shy, freckled girl who just that spring had undergone the promise of her name"). Although the subject matter is disturbing, it is handled well, and readers will experience cathartic relief as the novel reaches its conclusion. Ages 12-up.