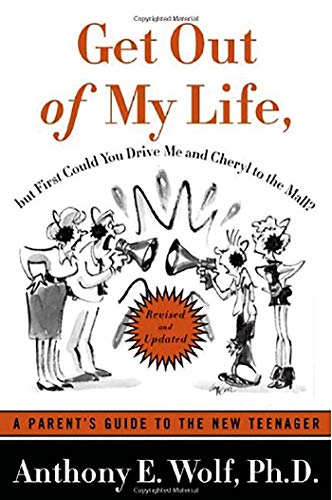 GET OUT OF MY LIFE, BUT FIRST COULD YOU DRIVE ME AND CHERYL TO THE MALL? A Parent's Guide to the New Teenager

This updated edition (a chapter on gay and lesbian teenagers and the ramifications of the electronic world have been added) will be as useful to parents as the 1992 version. Wolf, a clinical psychologist who works with adolescents (), clearly has a feel for both the angst of young people who must deal with an evermore complex world and the difficulties parents face when a cooperative loving child morphs into a teenager who lies, talks back and avoids parental company. Humorous and insightful, Wolf describes what is, rather than what mothers and fathers of rebellious and thoughtless adolescents wish would be. He is forthright in stating that "you do not win the battle for control with teenagers... usually the best you get is imperfect control." Despite the best efforts of parents, today's adolescents frequently drink, experiment with drugs and are sexually active. According to the author, however, it is still important to have rules even though a teenager may break them. If parents clearly state their expectations of behavior and restate them when a teen disobeys, their son or daughter will, to some extent, internalize the rules and abide by them sometimes. In addition to providing excellent advice on particular situations, including divorce, school problems and stepparenting, he makes the often obnoxious manner in which teens communicate with their parents understandable as a rite of passage that they will eventually outgrow.