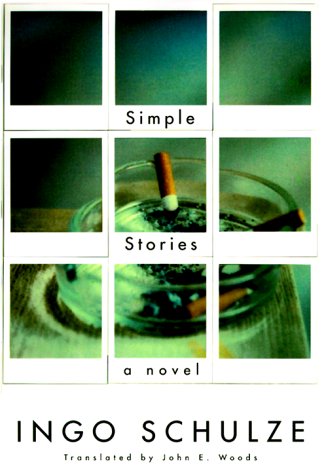 Set in Altenburg, in the former East Germany, Schulze's (33 Moments of Happiness) rich and demanding novel comprises a series of seemingly banal but interlocked stories concerning a group of Altenburg B rger, giving the reader an Ossi worm's-eye panorama of the years since the fall of the Wall. The book begins with school principal and loyal Communist ""Red"" Meurer's trip to Italy in 1990, where he has a chance encounter with a teacher he fired in 1978, accusing him of fostering unpopular politics in his classroom. Witnessing the emotional destruction of the teacher, who was ""rehabilitated"" in a coal mine, precipitates Meurer's psychological decline. In the meantime, Meurer's stepson, Martin, an art history student, is struggling to make it in the new capitalist order as a salesman. Then Martin's wife, Andrea, forced to learn to ride a bicycle after Martin has a run of bad luck, is found one day by the side of the road with her neck broken, apparently the victim of a hit-and-run driver. That same day, Dr. Barbara Holitzschek, the wife of an up-and-coming local politician, arrives at a meeting in a tremulous state because she has hit a ""badger"" with her car. Gradually pieces fall together: the ""badger"" might have been Andrea, and the Holitzscheks are probably being blackmailed. Andrea's death is merely one thread in Schultz's intricate tapestry; he weaves in many more stories, from the points of view of multiple, interconnected narrators. Patrick, a photographer, gets lost looking for a party; Raffael, who runs a taxi business, has problems at work; Marianne Schubert, a secretary, witnesses a strange scene at her office. Schulze demands that the reader make many presumptuous leaps in connecting the tales, but the complex spirit of contemporary German history lives in his ambitious network of microcosmic intrigues. (Jan.)
close
Details