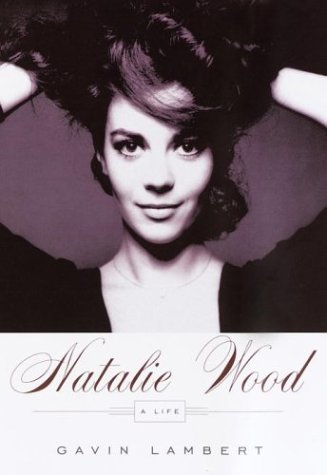 Unlike the sexually explicit , by Suzanne Finstad, or Lana Wood's , Lambert's take on the luminous star of and is a relatively discreet, affectionate examination of Wood's short, turbulent life. Groomed by a fanatically controlling stage mother, Wood (1938–1981) enchanted audiences in 1946's and prompted Louella Parsons to proclaim, "Natalie Wood eats your heart out." Lambert follows her from such childhood triumphs as to her breakthrough adult part opposite James Dean in . Wood's overlapping affairs with director Nicholas Ray and cast member Dennis Hopper, and brief romance with Elvis Presley, will be familiar material to aficionados. But Lambert reveals deep sensitivity and understanding of her development as an actress, and he's one of the few authors to capture the depth and beauty of her relationship with Robert Wagner. Lambert also effectively highlights Wood's shrewd professional moves, including her pretense to boss Jack Warner that she didn't want to star in , because she knew he would refuse to let her appear in it if she displayed enthusiasm. The shooting of Wood's film with Robert Redford, , has special authenticity, since Lambert wrote the screenplay and witnessed her frustrations after several crucial voice-overs were cut from the final print. Details regarding Wood's tragic drowning are inevitably speculative and vital questions remain unanswered. But Lambert eloquently clarifies the self-destructive reasons behind Wood's addictions and insecurities, and in the end, readers will feel they truly know the subject more than they do in most biographies. 65 photos.