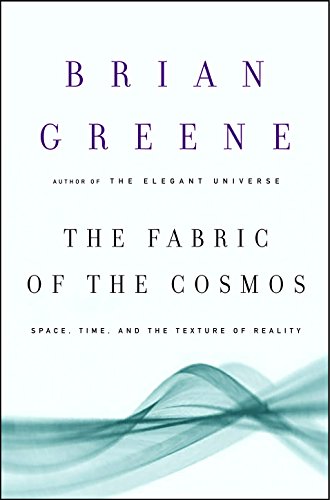 THE FABRIC OF THE COSMOS: Space, Time and the Texture of Reality

String theory is a recent development in physics that, by positing that all which exists is composed of infinitesimally small vibrating loops of energy, seeks to unify Einstein's theories and those of quantum mechanics into a so-called "theory of everything." In 1999, Greene, one of the world's leading physicists, published (Norton), a popular presentation of string theory that became a major bestseller and, last fall, a highly rated PBS/Nova series. The strength of the book resided in Greene's unparalleled (among contemporary science writers) ability to translate higher mathematics (the language of physics) and its findings into everyday language and images, through adept use of metaphor and analogy, and crisp, witty prose. The same virtues adhere to this new book, which offers a lively view of human understanding of space and time, an understanding of which string theory is an as-yet unproven advance. To do this, Greene takes a roughly chronological approach, beginning with Newton, moving through Einstein and quantum physics, and on to string theory and its hypotheses (that there are 11 dimensions, ten of space and one of time; that there may be an abundance of parallel universes; that time travel may be possible, and so on) and imminent experiments that may test some of its tenets. None of this is easy reading, mostly because the concepts are tough to grasp and Greene never seems to compromise on accuracy. Eighty-five line drawings ease the task, however, as does Greene's felicitous narration; most importantly, though, Greene not only makes concepts clear but explains why they matter. He opens the book with a discussion of Camus's , setting a humanistic tone that he sustains throughout. This is popular science writing of the highest order, with copious endnotes that, unlike the text, include some math

of The Elegant Universe Letterman