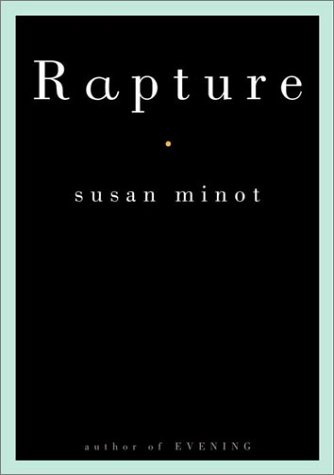 Minot's new novella, set on the fringes of the film world, addresses one of her perennial themes, the different meaning men and women give to passion. Thirty-four-year-old Kay Bailey, a film production designer, has an affair with director Benjamin Young while they are shooting a film in Mexico. Benjamin, however, is engaged to Vanessa Crane, the girlfriend who has seen him through the ups and mostly downs of his filmmaking career. When Kay and Benjamin return to New York City, she tries to end the affair. But he is persistent, and what was casual becomes serious for Kay. All of this is narrated during one act of sex as, in alternating interior monologues, the two recall the events that have led to this moment. Engaged as they are, they do not speak; the landscape of their sex is entirely in their imaginations, and they could not imagine it more differently. While Kay comes to exalt the moment, Benjamin reveals himself as a cad, his life on the skids. Minot (; ; ) has a great ear for the callow way people talk, scrupulously mimicking their groping thoughts and at times making a poetry of their inarticulateness: "She sort of sidewise conjured up a semidomestic arrangement tilting away from the conventional one she'd experienced with her parents." Moreover, Minot doesn't hide her characters' pretentiousness, as when Benjamin envisions his weak will as an "unfixable blot of doom" or Kay feels "altered in some big nameless way." All of which should add up to great satire, but Minot's novella is satiric only intermittently. She seems to take Kay's beatification seriously; even Benjamin is granted a cascade of sad and heroic images near his climax. The book is an odd amalgam, at times a smart satire, at times a way-we-live-now portrayal of 30-something life. Other times it just, well, sort of strains credibility.