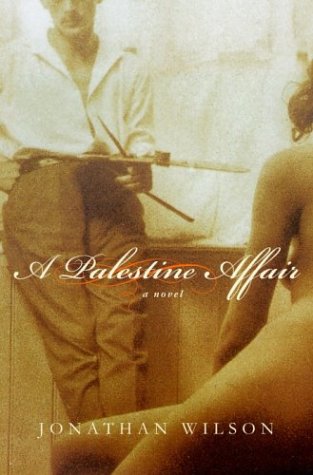 This tightly knit novel of political intrigue and romance by Wilson () is set in 1924 in Palestine under the British mandate. English Jewish painter Mark Bloomberg has left London (where he was besieged by terrible reviews) for Jerusalem, hired by a Zionist organization to produce paintings of "Life Under Reconstruction Conditions. Progress. Enterprise. Development." He's there with his American wife, Joyce, a Protestant socialite who is more enthusiastic about Zionism than he is. At the opening of the novel, a man staggers into Mark's home and dies in his arms from a stab wound and recent beating. He's dressed—mysteriously—as an Arab, but is actually an Orthodox Jew, Jacob De Groot, a thorn in the side of the Zionists for his agitation against the formation of a Jewish state. His murder is investigated by Robert Kirsch, a 24-year-old British police captain who, like Mark, is a secular Jew, and the British governor, Sir Gerald Ross. Their main suspect is a 16-year-old Arab boy named Saud. Gerald doesn't know if he's guilty, but he's sure that if his case is publicized there will be riots. To prevent this, Ross commissions Mark to paint ancient structures in Jordan and sends Saud with him. There, Mark does his own detective work on the De Groot murder, and comes to a different conclusion. While Mark is away, Robert stumbles into an affair with Joyce, whose relationship with her husband is unraveling. The book has a deliberately inconclusive ending, but throughout Wilson draws a vivid picture of Jerusalem and its soon-to-become vicious political rivalries. Wilson is exceptionally attuned to the range of opinion and complex sense of identity of the Jews living in Palestine, as well as the subtle but potentially explosive tension that characterizes everyday interactions under colonial occupation.