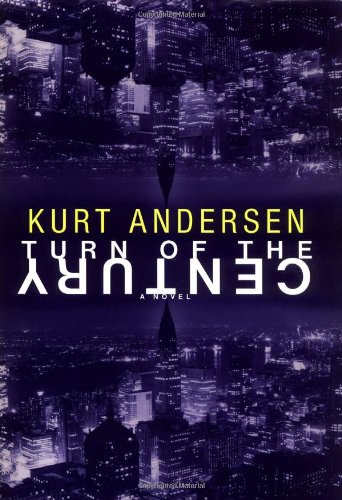 Turn of the Century

A blockbuster fiction debut for media insider Anderson (formerly editor-in-chief of New York magazine, co-founder of Spy), this brilliantly conceived, keenly incisive social satire draws fresh humor out of the overhyped territory of millennial madness. Beginning his myopically futuristic novel on February 28, 2000, Anderson employs a future-present tense in which he mischievously tweaks current attitudes regarding marriage, friendship, the mass media, Wall Street and the computer industry, just to name a handful of his numerous targets. With ferocious energy, he also captures the essence of New York, Las Vegas, L.A. (its permanent sunniness, annoying and even slightly scary after a while, like a clowns painted-on-smile) and Seattle (... like a gawky guy with a great body whos bald and stammers and wears dorky clothes). These are not new topics for mockery, but Andersons eye is fresh and his irony carries a potent sting. George Mactier, executive producer of a controversial TV series called NARCS, and his wife, Lizzie Zimbalist, owner of a computer software company, serve as Andersons 21st-century poster couple. They are self-conscious enough to recognize the embedded ironies in their fast-paced, high-profile lifestyle (Lizzie voted reluctantly for Giuliani twice, but spent election day giving a five-dollar bill to anyone who happened to ask for money, as penance). Their already troubled marriage is being vaporized by the hysterical pace of their respective professional lives. The couple have three cyber-precocious children (Lizzie e-mails her sons bedroom from the kitchen to announce dinner), as well as a host of eccentric friends (Ben Gould is a multimillionaire investor whose latest venture is a Vegas theme park called BarbieWorld) and colleagues (Harold Mose, the egomaniacal owner of the MBC Network, becomes both George and Lizzies boss). The convoluted plot boldly defies summary, but it ultimately achieves a mad convergence highlighted by an intricate, hilarious plan to manipulate Microsofts stock by virtually killing Bill Gates. Anderson employs a biting topical humor that is always exaggerated, yet seldom actually seems inconceivable (the cover story in Teen Nation, an offshoot of the Nation magazine, is headlined: Jimmy Smits and Jennifer Lopez in Mexico: This Revolution Will Be Televised). Cell phones and computers are ubiquitous, but the vaunted Information Age is illusory at best. The characters are constantly thrown off kilter by disinformation, missed information and miscommunication. Yet while the tone is hyperbolic and beyond the cutting edge, the core issues are curiously old-fashioned: love, ethics, friendship, even happiness. Anderson brilliantly sustains the comic pace throughout the lengthy narrative, though his ultimate message may be disappointing to millennial idealists: The future aint what it used to be. Major ad/promo; first serial to the New Yorker; BOMC selection; author tour. (May)
close
Details