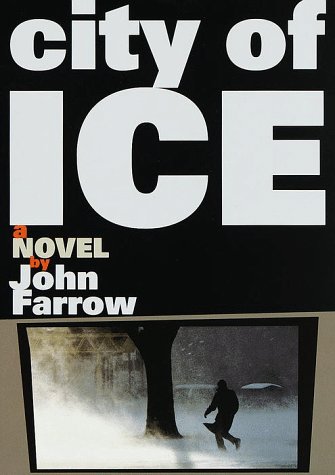 Wintry Montreal cityscapes provide a backdrop for the debut of detective Emile Cinq-Mars, a Dirty Harry of French and Indian extraction who tracks down bad guys with brute determination and Holmesian logic. In his first thriller, Farrow (a pseudonym for ""a highly respected Canadian writer of literary fiction"") introduces this tough cop who polices the multifaceted, bilingual city. Helped by an anonymous informant, Cinq-Mars has an arrest record that turns him into a local deity. On Christmas Eve, Cinq-Mars finds his source's messenger, a young Armenian in a Santa suit, hanging from a meat hook with a message for Cinq-Mars strung around his neck. The detective relentlessly investigates the murder despite a corrupt police force, international criminal conspiracies and interfering governmental organizations, all the while playing mentor to his junior partner, Mathers. Together, they confront a motorcycle gang, a Russian mafia kingpin, an American spy and Canadian bureaucrats as they struggle to stop the spread of violence and save the brave girl who has infiltrated the criminal organization. Cinq-Mars enlists the aid of discredited cops, journalists, a lawyer, even his wife to fight global crime. As they travel, from the tunnel that runs under Montreal to Mount Royal in the city's midst to the spare fields and farms of distant suburbs, Farrow artfully depicts French-English working relationships as well as immigrant groups on the fringes of Canadian culture, including the arrogant, well-meaning Americans. Clever and quiet, Cinq-Mars proves more surprising than any of the plot twists or turns. Fortunately, he survives for another day and another sequel, hopefully one worthy of his complex character. Agent, Anne McDermid. (May)
close
Details