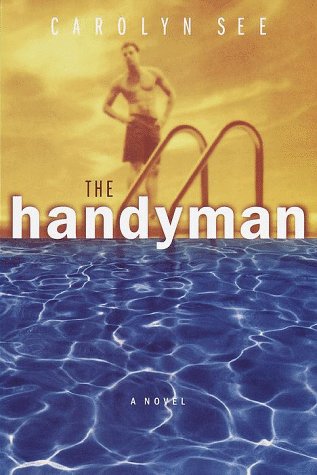 In a surprising about-face from the apocalypse she predicted in Golden Days, See begins this vibrant and provocative novel with a hopeful vision of a more spiritually atuned, less venal California in the 21st century, and with a positive spin on the role of an artist in transforming society. Bob Hampton is an enormously talented artist whose works convey a mystic view of people living harmoniously with the natural world. In flashbacks from 2027, we discover that the nucleus of his mythic creations, called Los Testigos (the witnesses) and described as a fusion of the ordinary and the divine, is largely created one summer in the late 1990s, when Bob is a floundering 28-year-old, verging on panic because he can't find his artistic identity. In desperation, he sets himself up as a handyman in the L.A. area, operating out of a group home that he shares with other grungy and equally directionless young people. His clients turn out to be needful of more than carpentry repair; each one is suffering marital turmoil or debilitating depression, and Bob becomes an unwitting St. Francis who heals injured psyches and salvages messed-up lives. Without specific intent, he set off chain reactions that bring all his new friends together, in love and salvation. And in each situation he creates vibrant futuristic art to fill a specific need in his clients' lives. One of the unexpected benefits of Bob's handyman summer is the opportunity to hop into bed with nearly every woman he encounters; See writes these scenes with verve and erotic humor. In fact, she has never before created a male character who is so alive on the page; slightly flaky, casually profane, beer-drinking and pot-smoking Bob is the epitome of the guileless person in search of his destiny. This is difficult in 1990s California, where the sun puts a pretty shine on spiritual emptiness and the soul-shrinking excesses of a consumer society. With deft narrative pacing, See follows a scene of slapstick domestic chaos with a searing portrayal of a young man dying of AIDS. In a compulsively readable narrative, she conveys a philosophy of life for the Y2K and beyond: after the millennium, maybe we will make dynamic choices that tap into cosmic energy, and accept the presence of the miraculous and the divine. Witty, insightful and compassionate, this book has a beguiling message and mainstream appeal. Author tour; movie rights to Warner Bros. (Mar.)
close
Details