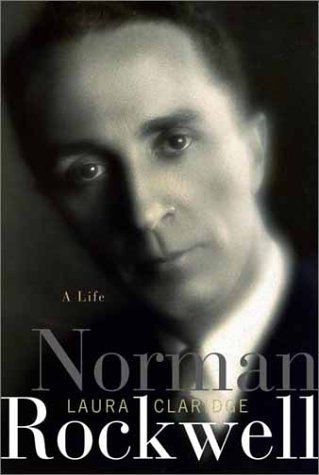 Claridge () is a former English professor at Annapolis now writing books on "British romanticism, Modernism, gender, and psychoanalytic theory," according to the publisher's bio. This unusual mix is ill-suited to approaching America's most beloved cover illustrator. From the start, an oblique, brusque writing style fails to spell things out: "Norman Rockwell was not sadistic. He was, however, expert at creating desire, both in his public and in his private life." Chapters like "Urban Tensions, Pastoral Relief" are rife with two-ton sentences, like "Major life changes seemed consistently in Rockwell's purview during this period, including the professional leadership he took for granted," or "In 1935, Rockwell was offered a prestigious commission that reminded him of the historical antecedents that had motivated his love of illustration." Readers are given much detail about each of Rockwell's homes, without any sense of why this information might be useful or revealing. And readers learn that, in 1978, not only did Rockwell die, but "Margaret Mead, Hubert Humphrey, Golda Meir, and Charlie McCarthy" also bit the dust. With an undiscerning and unhelpful bibliography, this book nevertheless scorns reputable art critics like John Canaday, who is compared to "an arrogant graduate student." Yet the author unaccountably praises Rockwell's typically heavy-handed portrait of tolerance that shows "a Jewish man being shaved by a New England Protestant barber, while a black man and a Roman Catholic priest waited their turn." Rockwell's millions of fans and other readers are better off with previous illustrated coffee-table tomes, while those who need convincing will not be won over by minutiae about the artist's senility and other lackluster details in this misbegotten project. 16 pages b&w and color photos.