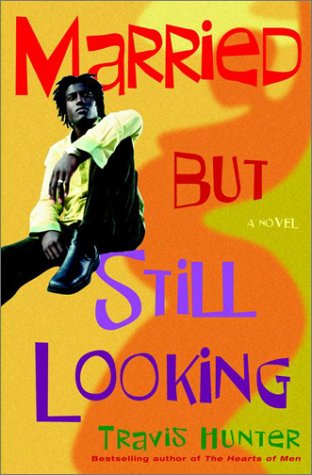 This melodramatic, preachy novel chronicles the life of Genesis Styles, a retired basketball player in his late 20s. He works at a youth center in Atlanta and is engaged to Terri, who owns a small bookstore. Even though they are already living together, Terri—correctly intuiting that all is not right between them—is denying him sex until they are married. It should hardly make much difference, because horny, philandering Genesis has been having no problem satisfying his desires elsewhere. Can Genesis commit to one woman forever? Can his friend Prodigy Banks (the hero of Hunter's debut )—who up until now has been helping him cover up his affairs—talk some sense into him? There are family crises galore, as Genesis's sister Phyllis, a tough-as-nails lawyer, leaves her white husband and takes up with a black colleague. Another sister, Grace, returns to Atlanta from New York, planning to become a minister. Genesis's mother suffers a stroke, his brother is a drug-addicted convict and the whole family is still affected by the promiscuous lifestyle of the long-dead patriarch. When a former employee abandons her baby, Terri takes it in and, a week before the wedding, Genesis gets arrested for soliciting a prostitute. This is an irritatingly talky novel, with the characters constantly offering up facile insights along the lines of "you got to trust your heart." Hunter is a motivational speaker, and the shallow characters are used to spout clichéd messages better confined to self-help books.

The Hearts of Men Essence