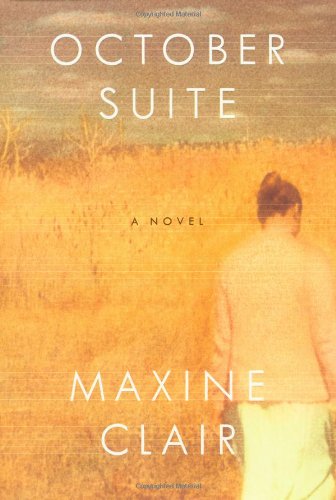 This first novel by the author of 1994's admired story collection tells a simple story in a sweetly straightforward, lyrical style that builds a surprising amount of power as it moves quietly along. It is the tale of October Brown (she chose her own name); her sister, Vergie; the two elderly aunts who took the girls in when their father murdered their mother; and how they learn to deal with each other and the world. October, an unworldly but determined creature who teaches school in 1950s Missouri, makes a mistake when she falls for a married man and has a baby. Traumatized by little David's birth, she agrees in a weak moment to give him up to Vergie, who has always longed for a child, and the act shadows both their lives. Eventually, October finds a man of her own in jazzman Leon, and the sisters begin tentatively to reach an understanding, assisted by an amazing ghost from their past. Clair tells her story with a pitch-perfect feel for the time and the people—African-Americans just beginning to sense the rising tide of the civil rights revolution—and her character drawing is uncannily exact, from the anxious Vergie and the kindly but never cloying aunts to the delicately shaded Leon, who moves from brash ambition to calm acceptance. Above all, there is October herself, a heroine full of unostentatious strength who sheds a kind of radiance on the reader.