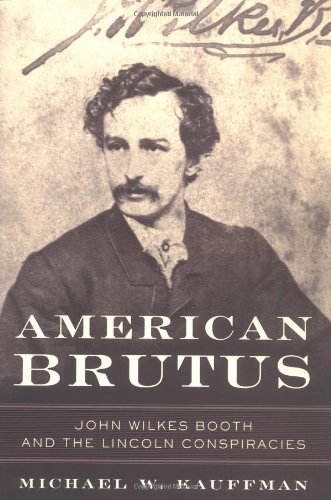 Kauffman, an independent Lincoln assassination scholar, offers a beautifully written, exhaustive and well-reasoned reassessment of John Wilkes Booth and the murder of America's 16th president. The story Kauffman tells, though highly familiar, is also byzantine enough to still capture our attention. More importantly, Kauffman puts a new spin on well-worn data, adding a riveting reinterpretation that paints Booth as a ruthless player of complex games: a darkly brilliant manipulator of people, not all of whom realized what they were a part of until after Lincoln lay dead. Booth reveled in creating false impressions and planting strategic misinformation. One example involves Dr. Samuel Mudd, who set Booth's fractured leg before learning of the assassination and then, frightened for his life, made the mistake of denying knowing the actor. Years later, Gen. David Hunter—ranking member of the military commission that tried and sentenced Mudd to prison—commented: "The Court never believed that Dr. Mudd knew anything about Booth's designs. Booth made him a tool as he had done others." Kauffman's Booth is, in the end, a crazed but skilled puppetmaster who, as part of his endgame, needed to make sure that most of his puppets joined him in martyrdom for the Confederate cause. "Booth immortalized himself by staging one of history's greatest dramas," Kauffman writes. "In the process, he accomplished what every actor aspires to do: he made us all wonder where the play ended and reality began." Photos not seen by .