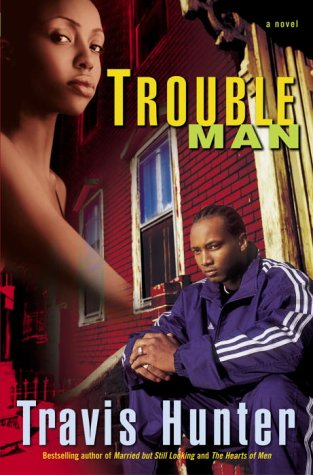 Colorful characters from Hunter's previous two novels (; ) return in this earnest, well-intentioned exploration of the complexities of the urban African-American male experience. Marijuana dealer Jermaine Banks is nearing 30, and while he doesn't see anything wrong with his job ("he felt like he was doing Philadelphians a favor by providing a natural herb that helped folks calm the hell down"), his pregnant girlfriend and her policeman father want him to clean up and become a decent role model for his three-year-old son, Khalil, and his unborn child. Meanwhile, across town, 51-year-old Calvin Sharpe, a shady real estate magnate, asks his wife, Robin, for a divorce so he can marry his white trophy mistress; Robin promptly informs their 15-year-old son, C.J., who has polycystic disease, that Calvin also abandoned another son—Jermaine. When Jermaine's best friend is gunned down by a rival drug gang, Jermaine knows the law of the street demands that he retaliate. Several more twists follow: Jermaine discovers that Khalil's mom is a lesbian; C.J.'s kidneys fail him; and Jermaine's uncle Herb, a heroin addict just out of prison, steals $30,000 of Jermaine's pot proceeds. All of these complications strengthen Jermaine's resolve to find a decent job and get Khalil out of the ghetto. Despite the book's somewhat clumsy prose, prosaic plots and Pollyanna resolutions, motivational speaker Hunter tells a readable tale with an uplifting message.