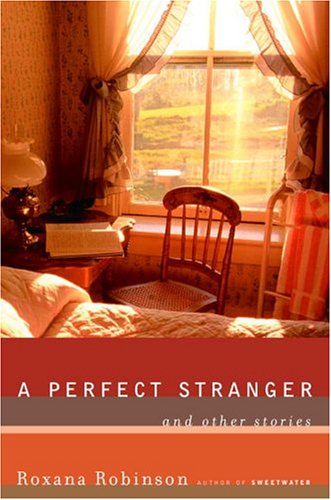 A PERFECT STRANGER and Other Stories

Robinson's third collection proves her a master of the short story (she has also written three novels, including 2003's ). Her finely tuned realism, as well as her settings and characters—New York, its bedroom communities, the Eastern seaboard and the comfortable upper-middle-class living there—recall Cheever and Updike. ("The Football Game" is such pitch-perfect Cheever as to be slightly suspect as a gentle parody.) Robinson approaches the huge misunderstandings of family life from many angles and anything but timidly. In "Family Christmas," a child confronted with adult mysteries says, "I knew that this language I was trying to learn could not be learned directly, that it was something that had to be absorbed blindly and obliquely.... We would have to learn it through signs, inflections, looks and sighs and tones of voice." Robinson is unusually good with the "strange foreign tongue" of the elderly: the aristocratic grandparents of "Family Christmas"; the dogged, long-married battlers of "Assistance"; the malevolent Santa Fe misanthrope of "Shame"; the befuddled British visitor of the title story. Even the younger couples in the only linked stories, "Choosing Sides" and "Assez," are grandparents, and what they say about grandparenthood is arresting. But the collection's most affecting stories touch on the chasm between parents and children, husbands and wives. Robinson's ear is wonderful, her graceful prose a real pleasure. .