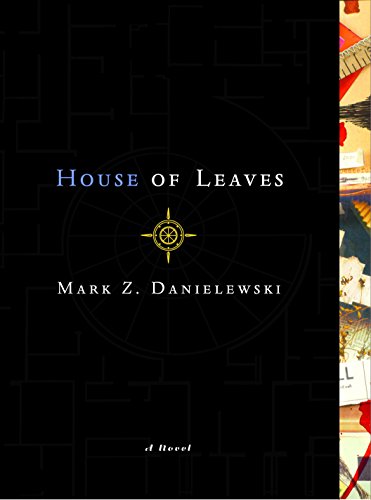 Danielewski's eccentric and sometimes brilliant debut novel is really two novels, hooked together by the Nabokovian trick of running one narrative in footnotes to the other. One-the horror story-is a tour-de-force. Zampano, a blind Angelino recluse, dies, leaving behind the notes to a manuscript that's an account of a film called The Navidson Report. In the Report, Pulitzer Prize-winning news photographer Will Navidson and his girlfriend move with their two children to a house in an unnamed Virginia town in an attempt to save their relationship. One day, Will discovers that the interior of the house measures more than its exterior. More ominously, a closet appears, then a hallway. Out of this intellectual paradox, Danielewski constructs a viscerally frightening experience. Will contacts a number of people, including explorer Holloway Roberts, who mounts an expedition with his two-man crew. They discover a vast stairway and countless halls. The whole structure occasionally groans, and the space reconfigures, driving Holloway into a murderous frenzy. The story of the house is stitched together from disparate accounts, until the experience becomes somewhat like stumbling into Borges's Library of Babel. This potentially cumbersome device actually enhances the horror of the tale, rather than distracting from it. Less successful, however, is the second story unfolding in footnotes, that of the manuscript's editor, (and the novel's narrator), Johnny Truant. Johnny, who discovered Zampano's body and took his papers, works in a tattoo parlor. He tracks down and beds most of the women who assisted Zampano in preparing his manuscript. But soon Johnny is crippled by panic attacks, bringing him close to psychosis. In the Truant sections, Danielewski attempts an Infinite Jest-like feat of ventriloquism, but where Wallace is a master of voices, Danielewski is not. His strength is parodying a certain academic tone and harnessing that to pop culture tropes. Nevertheless, the novel is a surreal palimpsest of terror and erudition, surely destined for cult status. (Mar.)
close
Details