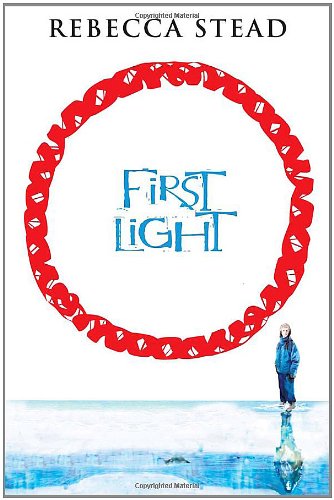 Stead’s debut novel rests on an intriguing premise—that a group of people with unusual powers was forced to flee England generations ago to live peacefully below the ice in the “cold world” of Greenland. Fourteen-year-old Thea is a strong-willed resident of Gracehope, named after the woman who sacrificed her life to fulfill her dream of resettling her community safely under the glaciers. However, Thea, the last woman in Grace’s direct bloodline, insists that her ancestor’s intention was never to stay in Gracehope forever, but to rejoin life on the surface. Her life is forever changed the day she and her cousin find a secret tunnel to the world above and meet Peter, the 12-year old son of two scientists from New York who are ostensibly researching global warming. Peter is a reticent child who, like his mother, suffers from headaches and unusual ailments. After a long build-up, including a seemingly ancillary scientific puzzle about DNA, the story takes on a livelier pace as the central mystery unfolds—the connection between Peter and Thea. It is a testament to the storytelling that the existence of this parallel world and the convergence of Peter and Thea’s stories, told in separate chapters, are both credible and absorbing. Young readers will find this a journey worth taking. Ages 9-12.