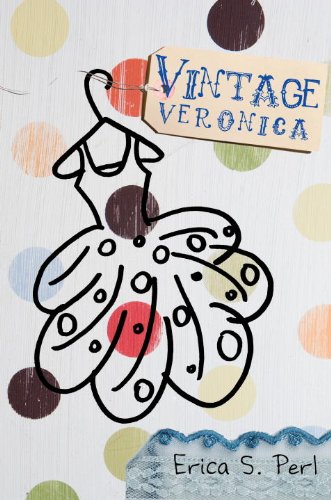 Veronica may be overweight, but she's got enviable fashion sense and style. She works at the Clothing Bonanza—a giant vintage clothing warehouse where her talent as a guide to all things old school, funky, and valuable turns a profit—which provides a wonderfully fun backdrop for Perl's ( ) first YA novel. Veronica can't stop stuffing down doughnuts and regretting the same, but although the 15-year-old has been something of a outcast (“if you ARE a fat girl, you're not really risking much socially to become The Fat Girl Who Dresses Weird”), she finds herself gaining friends at work, including the weird yet strangely appealing Lenny, one of the many quirky staffers. As romance blossoms, Veronica navigates new feelings of insecurity, juggles multiple friendships, and considers whether or not she might be beautiful after all. Though Veronica has many self-esteem issues on which she regularly comments, the sense of humor running throughout her narration rarely allows the story to fall into woe-is-me territory. Readers may want to scour local vintage haunts after finishing this one—and wish they could bring Veronica along. Ages 12–up.