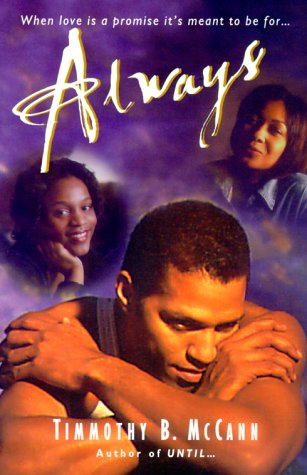 It's election night 2000 in McCann's second novel (after Until), a tale that's strong on premise but weaker in execution. The roster of candidates reads like a liberal utopia. The favorite to win is Senator Henry Louis Davis II of Florida, who, if elected, will be the nation's first African-American chief executive. Henry has always kept his eye on the prize, and his is the prime viewpoint in a narrative that offers a triptych of perspectives, the others being those of his first girlfriend, Cheryl, whom he met on the day of Dr. Martin Luther King Jr.'s assassination, swearing to love her ""for always,"" and Leslie, the supportive woman he married after the relationship with Cheryl failed. As the tense vote countdown progresses, all three watch as the results come in, waiting to learn their own fates, and the nation's. Periodically, the figures are posted as each state closes its polls. But the simulated minute-by-minute coverage and its pitch for white-knuckled tension misses its mark, for McCann has failed to provide a platform for his protagonist. When a staffer asserts of Henry, ""His plans are so original,"" readers may well wonder, ""Where's the beef?""-- other than Henry's promise to become a ""moral and loving example of all that is good about this country of ours."" Maybe McCann's real purpose here is to show how shallow a presidential campaign can be, with smug homilies replacing substantive issues and stick figures strutting across the national stage. Given the unsophisticated prose and awkward development, however, one must conclude that McCann simply left out the essential underpinning for his plot. (Aug.)
close
Details