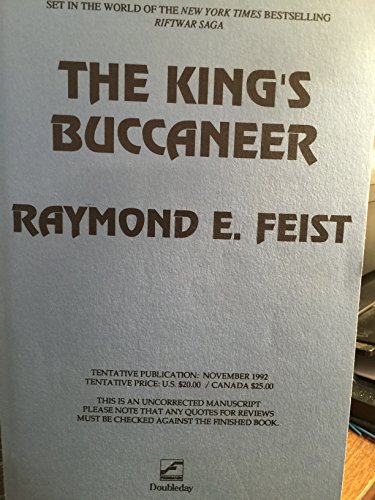 Feist's fifth book in the Riftwar series, begun in 1982 with Magician , is a lively coming-of-age adventure. Prince Nicholas, youngest son of the prince of Krondor, becomes a man and a leader while foiling ancient enemies of his people and his house. Nicholas, who has a club foot, is sent to his uncle the duke of Crydee to learn the responsibilities that accompany privilege. He and his squire, Harry, fall in love with two well-born girls and enter into rivalry with Marcus, the duke's son. When Crydee is invaded, slavers take the survivors of the slaughter, including Marcus's sister, Margaret, and her companion, Lady Abigail, who is the object of Nicholas's and Marcus's rivalry. To rescue them, Nicholas leads a small band to the pirate stronghold of Freeport. Here they discover deeply sinister motivations behind the attack and kidnapping, and Nicholas and Harry must quickly confront adult worries and judgments. Carefully developing his characters, their societies and their rules of magic, Feist once again delivers a superior, rousing adventure. (Nov.)
close
Details