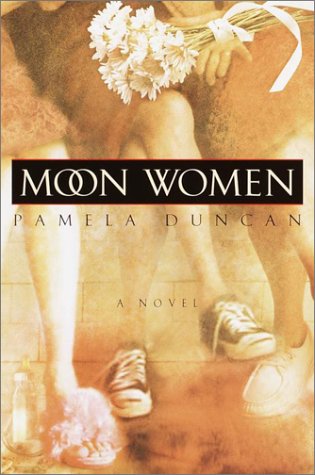 In the tradition of Fannie Flagg and Rebecca Wells comes a Southern-fried debut from novelist Duncan. Taking place in rural North Carolina (the author's home ground) in the early 1990s, the story spans nine months—just long enough for unwed Ashley to carry and deliver her "young'un." After a stint in rehab, the troubled 19-year-old goes home to her mother, 51-year-old Ruth Ann, whose carefully organized life is about to be turned upside down. Between her ne'er-do-well, philandering ex-husband, A.J., who still comes around, her octogenarian mother, Marvelle, for whom she must care, and Ashley's tense return, Ruth Ann has much to worry about. She wants her family to be happy, but at the same time wishes they would give her some space ("Pure and simple, every damn body got on her damn nerves"). This novel is chock-full of stereotypical Southern speech, which some may find quaint or humorous ( instead of , instead of , instead of ), but more refined grammarians may simply be annoyed or even cringe at nondialogue colloquialisms ("It amazed Ashley that him and Ruth Ann got along as well as they did"). Duncan succeeds in defining her characters' differences, but in her effort to make them all "strong," they sometimes just come across as grumpy complainers. The most sympathetic and well-rounded character is Cassandra, Ruth Ann's obese young sister, who dreams of escaping her family, her body and her life as it is. The plot becomes a bit unfocused at times, but Duncan shows promise as a from-the-heart quirky storyteller.