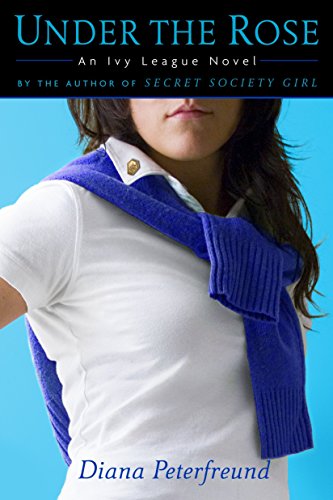 Under the Rose: An Ivy League Novel

eep within the Rose and Grave Secret Society at Eli University, the secrets even members aren’t privy to make Peterfreund’s second novel impossible to put down. Picking up where last year’s left off, the novel follows the misadventures of Amy Haskel, who, having endured the initiation only to unravel a misogynistic plot set on destroying the first class of “Diggers” to include women, is looking forward to putting her troubles behind her. But things begin to sour when all the “Diggirls” receive a mysterious letter warning them of the society’s impending implosion. To make matters worse, Amy’s ex-boyfriend has a hot new girlfriend; her roommate starts dating a society member with commitment problems; another society member is dying to get under Amy’s ceremonial robe; and Amy’s senior thesis looms. When the Diggers realize they have a mole, Amy is intent on finding the culprit. Peterfreund offers an intimate view of the modus operandi of a college society, and even when the story’s revelations feel anticlimactic, readers will be absorbed by the juicy romance plots.