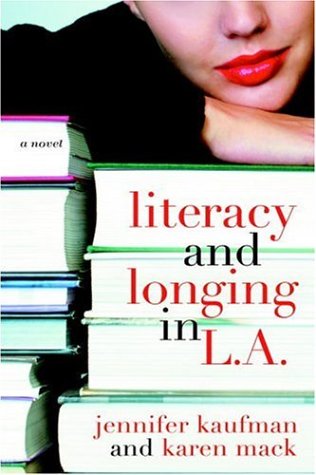 Literacy and Longing in L.A.

Kaufman, a former staff writer, and Mack, a former attorney and Golden Globe Award– winning film and TV producer, check in with this solid, thoughtful chick lit debut. Dora, at 35, is a twice-divorced former young reporter on the rise at the . Second ex-husband Palmer is now head of Sony Pictures, and still supporting her. Dora's depressed, and she only leaves the house to stalk Palmer and buy more books. At the bookstore, she meets elegantly scraggly comp lit Ph.D. Fred, and they begin an unlikely courtship. Dora is soon surprised by Fred's invitation to meet his mother, Bea, whom Dora likes instantly, all the more so when she learns Bea is also raising Harper, the six-year-old daughter of Fred's troubled sister. The bond between Bea and Dora gives Dora something she never had with her own, alcoholic mother, and helps her make decisions that bring her life back into focus. Dora is the kind of deadpan and imperfect heroine with whom readers can easily identify. Kaufman and Mack mishandle the abrupt ending and epilogue, but are most likely setting up a welcome sequel.